We use cookies to track visits to our website, and we don't store any of your personal details. Find out more
« Back to results

Since its inception, MRT and its sister institution Macha Mission Hospital have witnessed remarkable improvement in the health and well-being of the Zambian people living in regions surrounding Macha. Of particular note is the drastic reduction in infant and child mortality rates from malaria over the past 10 years, with a more than 97% reduction in malaria case load at Macha Hospital during that time period.

Research work at Macha Research Trust on human malaria, HIV/AIDS and tuberculosis is an effort to alleviate worldwide suffering and death from these diseases. Since the vast majority of malaria occurs in endemic areas of Africa, most of the clinically based research must be conducted in that continent. MRT is uniquely situated in a rural area of Zambia that is endemic to these diseases. HIV/AIDS and tuberculosis are commonly found in Zambia. Various aspects of the laboratory-based research are carried out with collaborating institutions within Zambia and internationally. All research projects at Macha are carried out using the principles of ethical science with the ethical approval of local (Zambian) Ethics Review Boards and the Institutional Review Boards of funding institutions

Macha Research Trust was born out of Macha Mission Hospital, and is today a viable and successful malaria research institute that has now become legally independent as a non profit entity in Zambia. Malaria research was first conducted at Macha under the direction of Drs. Victor Gordeuk and Philip Thuma starting in 1989, and a malaria research institute was formally registered in Zambia as an organization in February1994 under the name of Macha Hospital Malaria Research Institute (MHMRI). An office block with laboratory space for research was built in 2002 next to Macha Hospital, made possible from private donations, and additional projects were carried out from 2000 to 2002, including community surveys of both malaria incidence as well as a study to determine the local mosquito vector for malaria. In 2003, a collaborative Memorandum of Understanding was signed between four partners - the Johns Hopkins School of Public Health and its Malaria Research Institute, the Zambian government and its Central Board of Health, the Brethren in Christ Church/Macha Mission Hospital and MMRI-USA, to develop a malaria research field station and training center at Macha. This resulted in the building of a new campus adjacent to the hospital with funding from Johns Hopkins School of Public Health and funding from USAID/ASHA during 2004 to 2008, which significantly increased the infrastructure available to carry out research and host visiting scientists and students. This effort also included the construction of a modern laboratory to carry out molecular biology studies, an insectary to study mosquitoes, and resources to carry out other studies in the Macha area. This new entity, incorporating the existing organizations and with major sponsorship from the Johns Hopkins Malaria Research Institute (JHMRI), was known as the “Malaria Institute at Macha” (MIAM), but was still legally under Macha Hospital. MIAM was officially opened by the Zambian Deputy Minister of Health in January 2005. In 2008, in fulfillment of the original MoU signed by the four partners to develop MIAM, a new Zambian non-profit entity was formed and legally registered in Zambia under the name “Macha Research Trust” (MRT). As of January 1st 2009, all assets formerly held by MIAM were turned over to MRT. A new MoU with the Zambian Ministry of Health was signed in early 2010 between JHMRI and MoH to outline the continuing relationship between Hopkins and the MoH.
One criteria for judging the success of a research institute in the scientific world is by the number of peer-reviewed publications eminating from that institution. Work carried out at Macha Research Trust and its previous entities has resulted in over 45 scientific publications in the past 20 years. Another way to judge the success is to see the results of the work carried out there, and in the case of malaria control, it has been successful. Malaria had been the foremost discharge diagnosis and most common cause of child mortality for many years at the hospital, and accounted for 35% of pediatric discharges. This picture changed since 2003, when new efforts of community malaria control began, resulting in a 97% decrease in malaria case load at the hospital by 2008, which has continued through 2012.
With malaria almost non-existent in the Macha area today, MRT has reinvented itself into what today is known as Macha Research Trust, with research capacity and focus expanded beyond malaria into Tuburculosis and HIV/AIDS. Other research projects currently underway at MRT include a CDC-funded prospective evaluation of children in a rural environment who have AIDS and begin anti-retroviral treatment. Another collaborative effort, with Yale University, to determine the incidence of specific reading disorders in the school population around Macha, has been one of the on-going NIH funded projects being carried out at MRT in recent years. An additional non-research project was initiated in late 2009 and is funded by the US Centers for Disease Control and Prevention (CDC) for a total of five years. The objective is to provide the Macha community - at the grass-roots village level - with comprehensive care for families with HIV/ AIDS, with a primary aim of preventing mother to child transmission (PMTCT) of the AIDS virus. 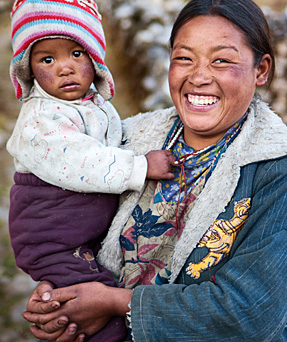