We use cookies to track visits to our website, and we don't store any of your personal details. Find out more
« Back to results

PHRD was established in 2006, as the Partners Study Clinic and has been involved in clinical trials research with a bias towards infectious diseases. Below are some of the clinical trials conducted at the site;

The objective of this study was to measure the efficacy of twice daily acyclovir suppressive therapy in preventing HIV transmission among HIV discordant couples.

The objectives of this study are to determine the efficacy and safety of once-daily oral PrEP with TDF or FTC/TDF in preventing HIV-1 acquisition among HIV uninfected persons within HIV discordant couples.


4. Evaluation of Safety and Immunogenicity of GARDASIL in Healthy Females Between 9-26 years of Age in Sub Saharan Africa.


5. Immunogenicity and Safety of quadrivalent HPV vaccine in HIV-infected pre-adolescent girls and boys in Kenya.

This study aims to assess the immunogenicity, safety and tolerability of quadrivalent HPV vaccine among HIV infected boys and girls aged 9-14 years. In addition, the study will correlate the immune response to the vaccine with the degree of immunosuppression among the participants.


The objectives of this study are to determine the user perceptions of ART-based HIV-1 prevention in HIV-1 discordant couples and to determine whether self-perceived HIV-1 risk and fertility intentions correlate with HIV-1 risk behaviors. This study utilizes both qualitative and quantitative techniques.

8. Investigation of Host Genetic Factors affecting HIV, HSV-2, other STDs and Viruses Interacting with HIV in the Partners in Prevention Study. Also called the Genetics Study.


The objectives of this study are to compare sexual risk behavior, condom use, HIV acquisition and pregnancy rates before and after the Herpes Study. We also evaluated the genital ulcer outbreak after cessation of continuous suppressive therapy.


10. Promotion of Couples HIV Counseling and Addressing Barriers to HIV Disclosure and Willingness of Men to be Tested for HIV in Kenya.

The objective of this study was to document and understand the experience and benefits of couples with regard to HIV disclosure, the barriers to disclosure and men’s willingness to be tested for HIV by conducting systematic qualitative research. This documentation would be instrumental in the development of communication materials for advocacy and promotion of couple HIV counseling.

The objectives of this study are to determine the immune response to HBV vaccination (as measured by standard HBV surface antibody [HBsAb]) among HIV infected individuals and compare to HIV uninfected controls at completion of vaccination and 6 months post vaccination. We shall also determine factors associated with ameliorated response to HBV vaccine. This is an ancillary study of the Partners PrEP Study.
Funding: Bill and Melinda Gates Foundation
Study period: July 2009 – June 2010
Study status: Completed, published
Participant numbers: 150 participants

The site has been involved in community engagement through establishment of Community Advisory Group (CAG), maintained networks with various community based organizations, opinion leaders and advocacy groups.

The clinical research site has established networks with the Ministry of Health and other partnering organizations. This facilitates recruitment of study participants from health facilities.

Partners in Health and Research Development study Clinic is located in Thika town, Central Province. It is 40 km north of the capital city of Nairobi. The study house is on OAU Road, off Kenyatta Highway and is easily accessible by public means. 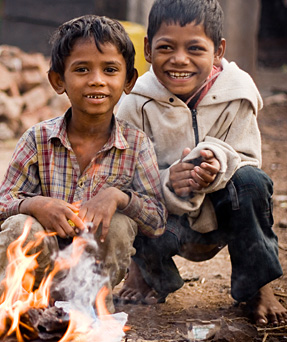